In our effort to safeguard the community during the unprecedented COVID-19 global health crisis, we are eliminating all non-essential in-person meetings and consultations.

However, we remain dedicated to our current and potential clients by fully functioning in a remote capacity, attending all school meetings and initial consultations via tele- or video-conference. We are grateful that we can continue to serve our clients and community remotely, while safeguarding the well-being of everyone impacted by the pandemic. Should you need assistance during this time, please feel free to contact the firm by phone at (847) 564-8662, through our confidential web contact portal (http://www.whittedtakifflaw.com/contact-us/), or via fax at (847) 564-8419. E-mail addresses for specific attorneys and paralegals/educational advocates can also be found on our website at http://whittedtakifflaw.com/attorneys-staff/.

The safety and health of our staff, clients and community is paramount, and we are proud to do our part in an effort to flatten the curve. Together we will get through this time of crisis, and throughout we remain committed to supporting our clients during these unprecedented times. 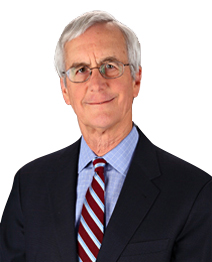 Brooke R. Whitted (1946 – 2014) was a partner in the law firm of Whitted Takiff LLC. His practice focused on areas of mental health (confidentiality, procedures, and representation of mental health providers and institutions), education, and select criminal and juvenile matters, usually when disability is involved. Prior to forming his firm, Brooke was an equity partner at the Chicago litigation firm of Foran & Schultz for six years and, from 1980 to 1995, majority partner in his own firm. Prior to entering private law practice in 1978, he was a Field Probation Officer for the Cook County Juvenile Court.

Brooke was formerly President of the Leslie Shankman School Corporation, which operates two well-known private schools: The Hyde Park Day School for bright students with learning disabilities, and the Sonia Shankman Orthogenic School, serving students with moderate to severe emotional disorders. Both schools have recently moved into their new home, a $$30MM state of the art facility in Chicago. Brooke is credited as having conceived the original idea for the Hyde Park Day School, which serves students on two campuses, one in Chicago and one in Northfield. He also chaired, and was a cofounder of, the Board of Directors for the Harold and Rose Marie Marx Memorial Fund, Inc., which has helped over 40,000 Cook County Juvenile Court wards over the last 25 years. Brooke is also a former member of the board of directors of the National Runaway Switchboard, Heartspring/Wichita, Glenview Youth Services and is a founding board member of Shelter, Inc. In addition, he was a faculty member of the UIC Medical School Department of Psychiatry (teaching “Law and Psychiatry” to child fellow candidates from UIC and Rush for over 20 years), and was the Private Provider gubernatorial appointee to the Illinois Community & Residential Services Authority, a unique and unusually effective state agency helping Illinois children with complex emotional challenges locate the services they need. There is no other state agency like the CRSA in the United States.

Brooke was appointed by the State Superintendent of Education to serve on a statutorily created Anti-Bullying/Harassment Task Force, which presented its report to the Illinois Legislature on March 1, 2011. He was also appointed by the Speaker of the Illinois House to membership on the Task Force on Prevention of Sexual Abuse of Children, which has since presented its report to the legislature. Brooke and his law partner, Neal E. Takiff, coauthored revisions to the current statute on school residency, which the Governor signed in 2009, and Brooke is partly responsible for formulating other parts of state statutes that define placement procedures for special education children.

Brooke has represented child, family, mental health and educational agencies in the Chicago metropolitan area, such as the National Runaway Switchboard and Jewish Child and Family Services, also including scores of fine nonpublic schools for disabled children. He has also represented out of state schools serving Illinois students. Brooke has also represented related professional associations including the Illinois Psychological Association. Sample clients include the Francis Parker School, the Chicago City Day School, the Science and Arts Academy, and many other fine private schools.

Brooke has been published or interviewed on a variety of topics related to education, child welfare, juvenile law, and mental health. Brooke appeared on WBEZ on December 13 and 16, 2013 to discuss the serious and shocking shortage of services in Illinois for mentally ill children. He was also featured in a front page Tribune article on March 26, 2014 on residential placements of severely troubled children. His firm website has available abundant research on related and developing areas of law: www.wthlawfirm.com. Those who are interested can freely use them. Attribution is appreciated, but not required. Brooke’s partner, Neal Takiff, maintains a blog site that covers many of the areas of concentration for the firm, and the blog is becoming increasingly popular as a site to follow for developing news in all of the firm’s areas of concentration.